Saavn music & radio is indeed a great app for all those who wish to plug in their headphones and enjoy the latest jams on the go. The application has a simple UI bundled up with a great music library consisting of both international and regional tracks which makes using the application a charm. The Saavn app is compatible with a number of platforms and the music library on the application is updated regularly on all the compatible platforms.

The features that are available for the users on the application make their musical experience a lot easier and fun as well. The users can get the application on the official application stores of the compatible platforms and do not need to manually download and install the application.

The search option of the songs integrated on the user interface is optimized and provides the users with accurate results of the music tracks depending on the keywords that they enter.

Still, it has a long way to go especially when the competitors in the segment have attractive user interfaces and even more number of features packed for the customers and integrated on the interface.

How Is The Music Library

The music library on Saavn app is one of the largest that one can find among the competitors. The application adds new tracks in quick succession just to ensure that the users get all the latest music tracks with just a single click.

The users can, however, face some issues while trying the find the older tracks both in the international and the regional sections. But as far as the latest tracks are considered, the application indeed has something to boast of. The default playlists provided on the application are not that great as other music streaming apps like Wynk music and Gaana provide but still, it is good to go.

The application still needs to update its database more and more to get in line with all the other applications. The users need to make their own playlists so as to contend with the application. The playlists are easy to be created if at all the songs that the user wishes to add to the playlist.

What Platform Is Saavn Compatible With

This is the segment where the Saavn application excels over all other applications in the segment since most of those application offer compatibility only to a limited number of platforms. The application can be directly downloaded and installed from the official app stores on all the devices running on the compatible platforms. 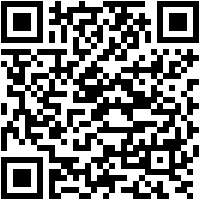 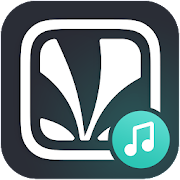 The users who are new to the application can enjoy the ad-powered music streaming experience on the Saavn app. They might expect a number of ad popups while using the application on the free version. If it is an ad-free experience that they want, they can always opt for the paid subscription plans offered by Saavn pro. The free subscription plan also puts a bar in the quantity of the music downloads of the users which is not at all desirable.

The users can subscribe to the Saavn Pro version by paying just Rs. 120 for a month of memberships. The application provides users with an ad-free music streaming experience and access to some exclusive content.

The Saavn Pro is also available at a discounted rate when purchased in bulk. INR 300 for 3 months of subscription and provides the users with unlimited downloads on a maximum of 5 devices simultaneously. INR 550 for 6 months subscription, and INR 1050 for one year of subscription.

Although the application charges the users a bit higher and has not that good playlists, Saavn music & radio is still one of the leading online music streaming services owing to its huge music collection. The developers of the application have been adding more and more content to the database and the application also receives regular updates with boosted features.

The simple user interface of the app also adds to the cause equally making the application a must-try for all those willing to have the latest music collection on their devices, just a touch away.